These golden little coconut macaroons are probably the sweetest you’ll ever taste thanks to the addition of white chocolate chips and a milk chocolate dip. 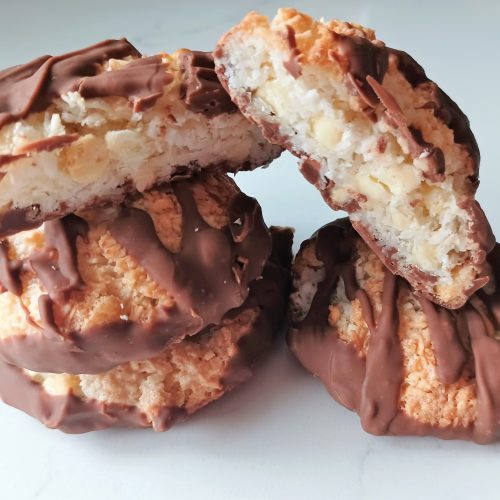